Lane Splitting in Florida: Is it Legal? Is Lane Splitting Legal in Florida?

As a Florida motorcycle accident lawyer, I can tell you that I often see motorcycle riders seriously injured because other drivers aren’t paying enough attention to them until it’s too late. This article explains a maneuver that some motorcyclists engage in, lane-splitting, which can lead to a lot of pain and suffering in Florida.

Florida statute 316.209 is where the Florida law on motorcycle lane-splitting is spelled out. The key points of the law are the following:

What are the benefits of Lane Splitting?

Stop-and-go traffic results in higher fuel emissions per mile driven than when traffic is travelling at higher speeds. So, anything that reduces the number of miles travelled in heavily congested stop-and-go conditions will result in less fuel emissions and pollution. Thus, if motorcycles can lane-split, they will have lower fuel emissions released into the air.

A large study from the University of California at Berkeley found some other interesting facts that argue in favor of legalizing lane-splitting. The study found that lane-splitting riders were significantly less likely to be injured than riders who didn’t lane-split. For instance, injuries caused while lane-splitting only included head injury in 9% of the cases, versus 17% of injuries from other kinds of motorcycle wrecks.

When you ride your motorcycle between other vehicles you will be getting much closer to them than you would in normal driving maneuvers. There is not enough space between cars to give you much room for error. Cars are unlikely to be aware of you before it’s too late. If a car decides to switch lanes right when you are passing it between lanes, then you won’t have any time or space to avoid being sideswiped.

The cars will also have trouble even knowing you are there passing them until it’s too late. Maybe in certain parts of California where lane-splitting is legal and frequent, the cars and trucks will be thinking that they should be aware of lane-splitting motorcyclists. But otherwise, those car and truck drivers are unlikely to be thinking about this when they change lanes or swerve.

In both cases, the other drivers may not even be able to see you when you lane-split. That’s because they have blind spots around their cars where they won’t be able to see you. By lane-splitting, you are moving right into those blind spots which are right next to the rear sides of the car. The worst blind spot is the back right side of a car or truck. In that place they can’t see you at all through their mirrors.

Lane-splitting also puts you at the mercy of unpredictable drivers. That’s because lane-splitting causes you to come so close to their vehicles and to actually occupy their lane beside them. You can’t assume that these other drivers are as skillful or careful as you are. If they do some unpredictable move, or if they’re drifting due to distractions like being on the phone or adjusting their music, then you may pay the price. If you’re moving on the lane line between two cars, you don’t have much space to maneuver out of danger in a split second.

Most drivers are not thinking about lane-splitting motorcycles when they’re in heavy congestion. They won’t anticipate your lane-splitting until it’s too late.

You might also encounter some road hazard like a pothole or debris on the road. When you’re trapped in the narrow space between two other vehicles, you won’t have the extra room you need to avoid the hazard.

So far, the studies about the risk of lane-splitting are inconclusive. There haven’t been many studies and the ones that have been done are limited to places like California or Europe where lane-splitting is legal. Those studies can’t be compared to states where it is illegal very easily because other factors in those states will also affect overall motorcyclist safety.

Lane-splitting is certainly a risky behavior that can lead to accidents and serious injuries. If done with skill in places where it is legal, it might actually make the driver safer overall by cutting down on the chances of being rear-ended. But the jury is still out on this one.

What Happens if I Had an Accident While Lane Splitting?

Your biggest problem if you’ve been injured in an accident while lane splitting is that you are likely to be found at fault in the accident. That’s because lane-splitting is illegal in Florida and since you broke that law there will be a presumption that you were at fault in causing the accident. However, that presumption is not final. The other driver may have also been doing something dangerous that helped cause the accident. You will need the help of an experienced motorcycle accident attorney to help make the case to your insurer or the court that the other party was largely at fault in causing the accident. If successful in making that argument, then you can still recover money for your injuries and losses.

Florida’s No Fault State Law won’t be of any help for you if you have an accident while lane splitting. That’s because the No Fault Law (PIP: Personal Injury Protection) doesn’t apply to motorcycles in Florida.

Familiarize yourself with other motorcycle accident laws in Florida so you can better understand situations that affect who was at fault in an accident. If you’re going to ride your bike in Florida, it pays to know all the laws governing riding. 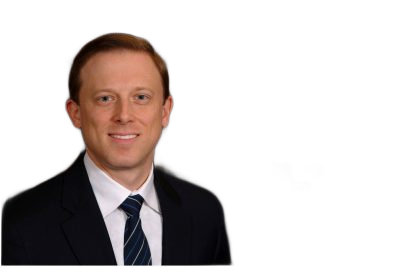 "We are highly selective about the clients we work with, which gives our team ample time and energy to create a detailed and airtight demand package. You receive a full-and-fair settlement in the most expeditious way possible."