What is the Florida No Fault Law? Definition and Who Pays

Are you wondering what is the Florida No Fault Law? It's a common question I get asked by my clients.

What Does it Mean that Florida is a No Fault State?

Florida is called a “No Fault” state because it has a law requiring a type of car accident insurance that pays regardless of who was at fault for the accident. This type of insurance coverage is called No-Fault insurance or Personal Injury Protection (PIP). There are only twelve states in the U.S. that have no-fault laws, and Florida is one of them. The Florida No-Fault law has two parts that affect your claim. One is that a person’s own insurer pays them for their injuries without considering fault at all. The other aspect is that the law restricts an injured person’s right to sue the person who was at fault in some way, usually with a monetary threshold or only for certain types of injuries.

No-fault automobile insurance laws were enacted in the 1970s due to frustration with the process of recovering money after car accidents. The belief was that the inefficiencies of the insurance claims and legal system could be reduced with a no-fault system. It was believed that insurance premiums would be lowered. However, things haven’t turned out so that way in reality. Auto insurance premiums are actually significantly higher in no-fault states.

There are a few reasons why the  Florida no-fault system has been a failure at achieving its stated purposes.

So, those are the issues that the legislature thinks about when it debates the Florida No-Fault law, which is does often. The law has been a major bone of contention for years and is constantly being revised and amended. It may even be completely eliminated at some point. But for now, it will affect your claim. And there are some main points you need to understand about it.

Is No Fault coverage mandatory in Florida?

Yes. Florida car accident laws require every owner or registrant of a motor vehicle to have no fault coverage. The law is called the Florida Motor Vehicle No-Fault Law (Florida Statutes 627.730)

The statue does not include motorcycles in its definition of “motor vehicle.” So motorcycles are not required to have PIP coverage. The statute also requires nonresident owners of vehicles to have no-fault coverage if the vehicle is physically present in Florida for more than 90 days of the preceding 365 days.

As with some of the other auto insurance requirements, Florida technically gives another option to buying a PIP insurance policy. Most people don’t make use of this option since it is usually more difficult and costly than just buying the insurance coverage. The other option is to provide “security” in the form of a surety bond or by furnishing a certificate of self-insurance issued by the Florida Department of Highway Safety.

The minimum PIP insurance requirements in Florida are $10,000 medical and disability benefits per person per accident. There is also $5,000 of death benefits. The money is to be paid without any determination of fault.

The PIP benefits cover the owner of the policy and any relatives who live in the same household as the owner. PIP coverage applies to any injuries “arising out of the ownership, maintenance, or use of a motor vehicle.” This is a broad definition and can include almost injury that occurs involving a vehicle. For instance, there have been cases where the courts applied PIP coverage even when the injury was due to the intentional actions of someone throwing a rock at the car. Another case applied PIP when the injury occurred from an exploding beer bottle in the car.

The owner and the owner’s resident relatives are covered even when they are pedestrians or riding in someone else’s automobile. They are also covered by PIP when they are injured in another state.

Florida No Fault Personal Injury Protection (PIP) coverage pays for 80% of medical treatments up to the $10,000 limit per person. It pays 60% of disability up to the $10,000 limit. Disability means any loss of income or earning capacity from missed work plus any expenses required to hire someone to help you with things you would normally do yourself. It’s important to understand that PIP covers economic losses, but not non-economic losses. Non-economic losses would be pain and suffering and loss of enjoyment of life. PIP will not reimburse you for those non-economic losses. Instead, you will have to make a claim on a bodily injury liability policy, uninsured motorist coverage or file a lawsuit against the person who caused your injury.

Who is Covered by Florida No Fault Personal Injury Protection (PIP)?

PIP coverage is kind of complex. You buy it as part of the insurance you purchase on your car, but it covers you in situations even when you’re not in that car. It also sometimes covers your relatives, if they live with you, or your passengers. Here are some of the basics of how PIP coverage works.

Your PIP coverage will also cover other people who drive your vehicle with your permission and uninsured passengers in your vehicle.

If the accident occurs in a state other than Florida, your PIP will only cover your injuries if your are driving your insured vehicle at the time of the accident.

How Florida No Fault Coverage Fits in with Your Auto Policy

Your required No Fault coverage is considered primary in Florida. That means it’s the coverage that starts paying first, before other coverages kick in. You must notify your insurance company as soon as possible after an accident in order to get your PIP benefits. Your insurance company will often ask you to fill out an application for PIP benefits, which is a short form.

It’s critical that you see a doctor within 14 days of your auto accident in order to receive your full $10,000 in PIP benefits. You must be diagnosed with an “emergency medical condition” in the first 14 days by a medical doctor, doctor of osteopathy, dentist, physician’s assistant, or an advanced registered nurse practitioner in order to be eligible to receive the full $10,0000 No Fault benefits. Otherwise, you would only be able to receive $2,500.

The $10,000 of PIP benefits is quickly used up. One trip to the hospital can easily exceed the limit. There is another kind of coverage you can buy, called Medpay, that is like an extension of PIP. It will pay your medical bills after the PIP is exhausted. If you don’t have Medpay and your damages exceed PIP, you will need to file a claim against the at-fault driver’s bodily injury liability policy. If their policy is not large enough to cover your damages, you will also need to file a claim with your own insurance company for Uninsured Motorist coverage (UM). That’s why it’s so important that you purchase UM insurance ahead of time. In addition, PIP doesn’t cover any damage to your vehicle. That is a separate claim either against the at-fault driver’s insurance or with your own insurer.

Who Pays for Damage in a No Fault State Like Florida?

Florida is supposedly a “No Fault” state, but the $10,000 PIP coverage amount was set in the 1970s. The $10,000 doesn’t go nearly as far now as it did in the seventies. Also, PIP only covers 80% of medical bills and 60% of lost wages. So the answer is that you will receive some “no fault” benefits after your Florida car accident, but you will need to pursue other insurance claims against the at-fault driver in order to recover all your damages.

What is the impact of Florida No Fault Insurance on a Car Accident Claim?

The Florida No Fault insurance requirement makes your car accident injury claim more complicated. A lawyer can help you sift through all the bills and payments that PIP covers so you can figure out how much of a bodily injury liability claim you should make.

Florida's No Fault coverage is primary for the first $10,000 of economic damages. You will only be able to make a claim or sue the at-fault driver for economic damages that are not paid by your PIP coverage. There will always be a claim here since PIP only covers part of your economic damages. For instance, say your injury caused you to incur $5,000 of medical bills and $1,000 of lost work. PIP will only pay you $4,600 due to the 80% medical and 60% disability limits. So you would still need to make a claim on the at-fault driver for the additional $1,400.

Non-Economic Damages (Pain and Suffering, Loss of Enjoyment of Life)

Florida No Fault insurance pays nothing for this . You will have to make a claim against the at-fault driver (tortfeasor) for these damages. There is a “threshold”  requirement to be able to recover non-economic damages at all in Florida. (link to) Your injury must be considered significant and permanent enough. Ultimately, this would be a question for the judge. The Florida statute says you can recover non-economic damages if the injury results in any of the following:

In summary, the No Fault law in Florida is very complicated. It will pay some of your bills from your car accident in an efficient and speedy manner, but you will still be left with unpaid bills. It’s best to speak with a car accident lawyer to learn more about your rights and how to make a claim or file a lawsuit against the at-fault driver.

If you have any additional questions about what the Florida No Fault law is and how it affects your car accident claim, feel free to get in touch. 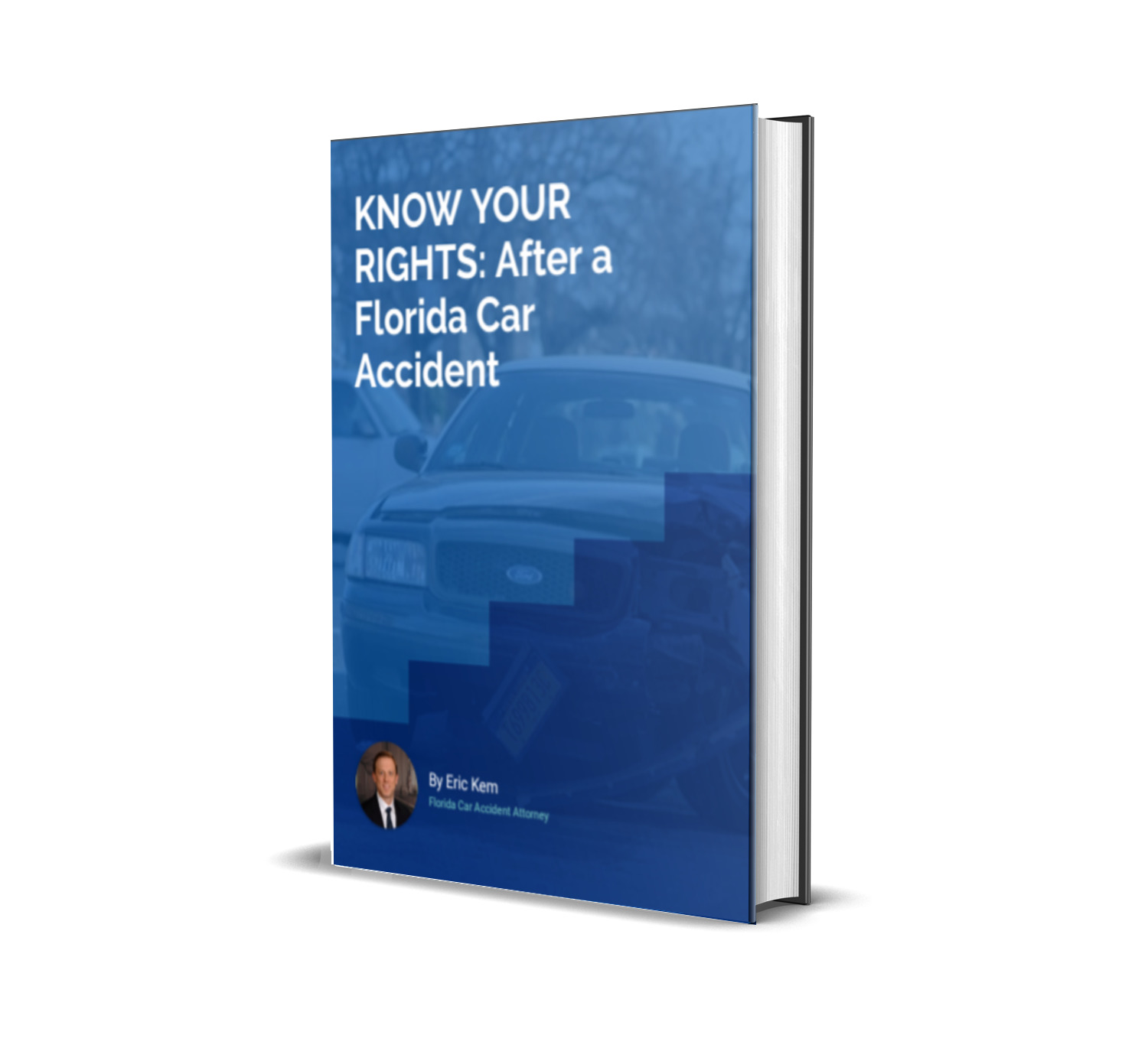 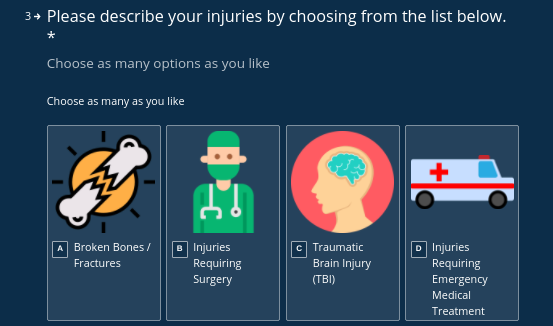